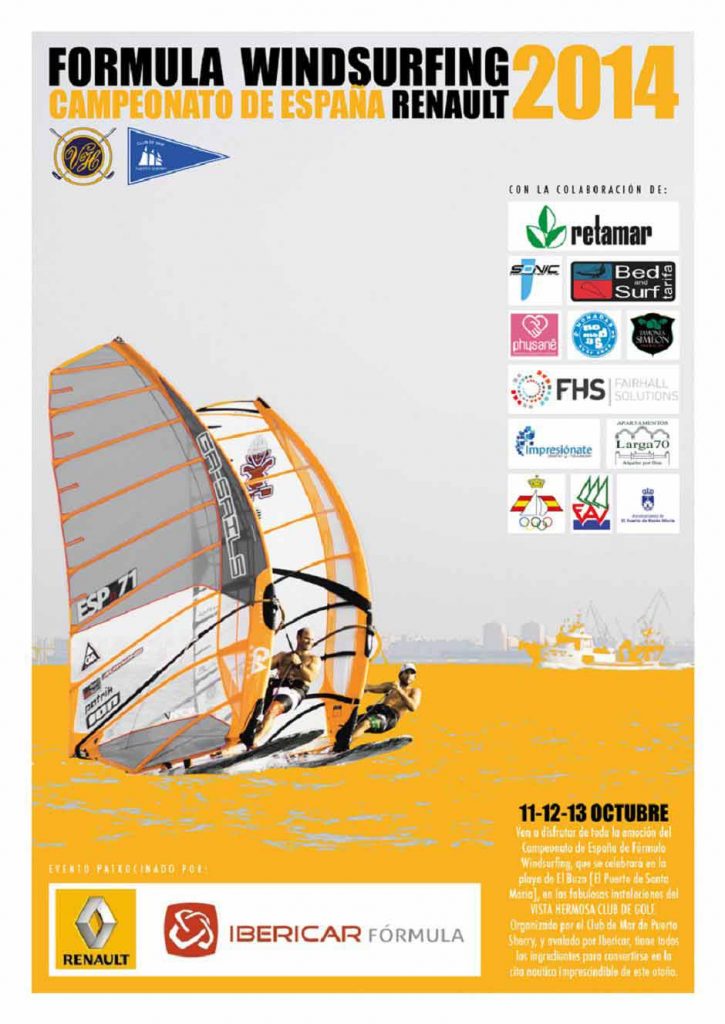 The best Spanish windsurfers will attend El Puerto de Santa María, Cádiz, Spain, on 11, 12 and 13 October, to celebrate Spain Renault Championship Formula Windsurfing. This contest began to dispute in 2000 and counts towards the world ranking.

The Bay of Cadiz will host the 2014 edition and will be in the facilities of Buzo beach of Vista Hermosa Golf Club, where the event will be based.

The test has been officially presented Monday in “La Cristalera” and was attended by the mayor of El Puerto de Santa María, windsurfer Alfonso Candon, representatives Ibericar Group (event sponsor) and Fernando Martinez del Cerro, and “portuense” favorite to win the title. 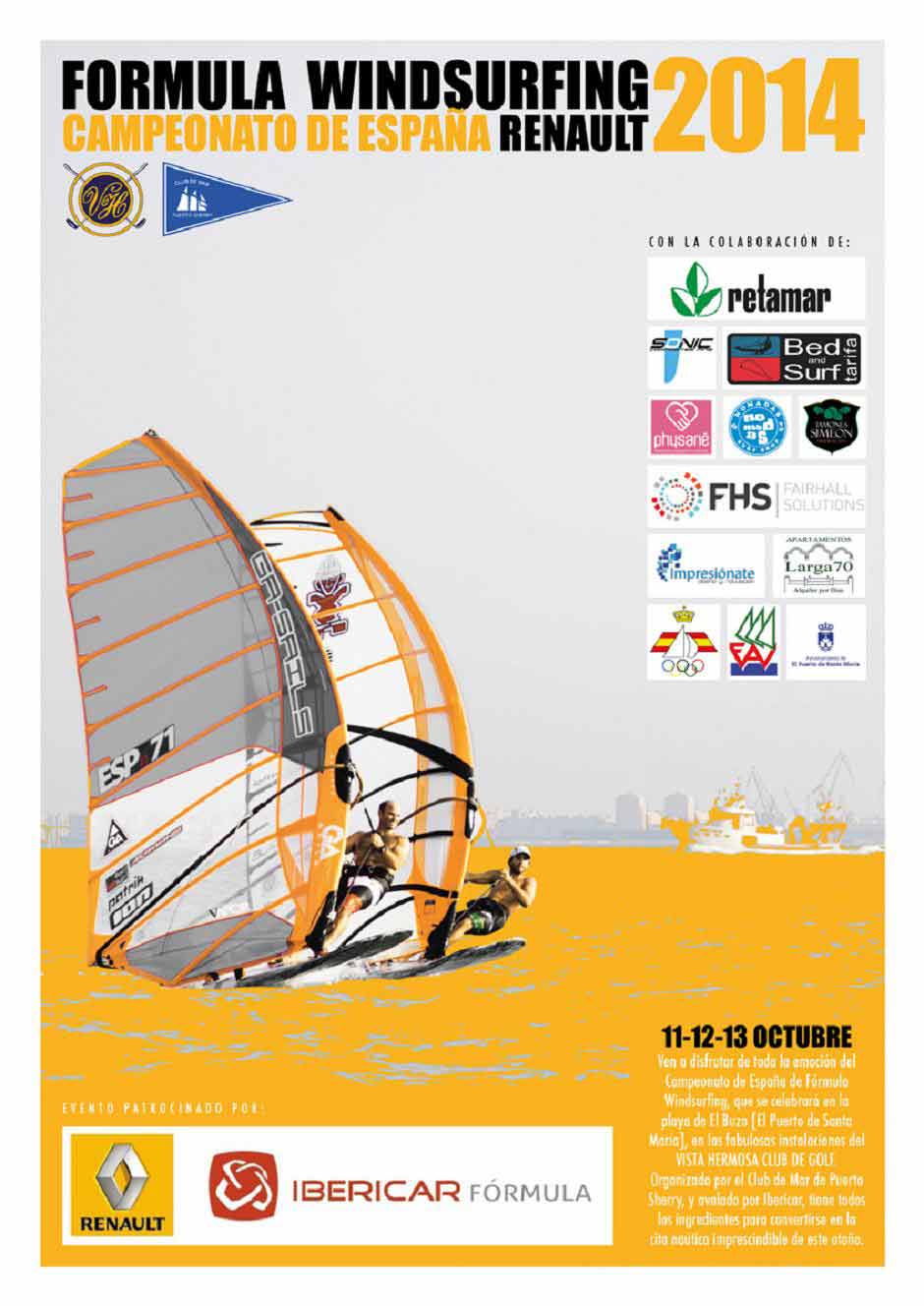 Along with the presentation of the competition also marked the inauguration a photo exhibition on water sports, winsdsurf, surf and kitesurf with works by three photographers Lucas Tozzi, Zai Aragon and Ludovic Franco which can be visited throughout the week and all the weekend as long as the competition.