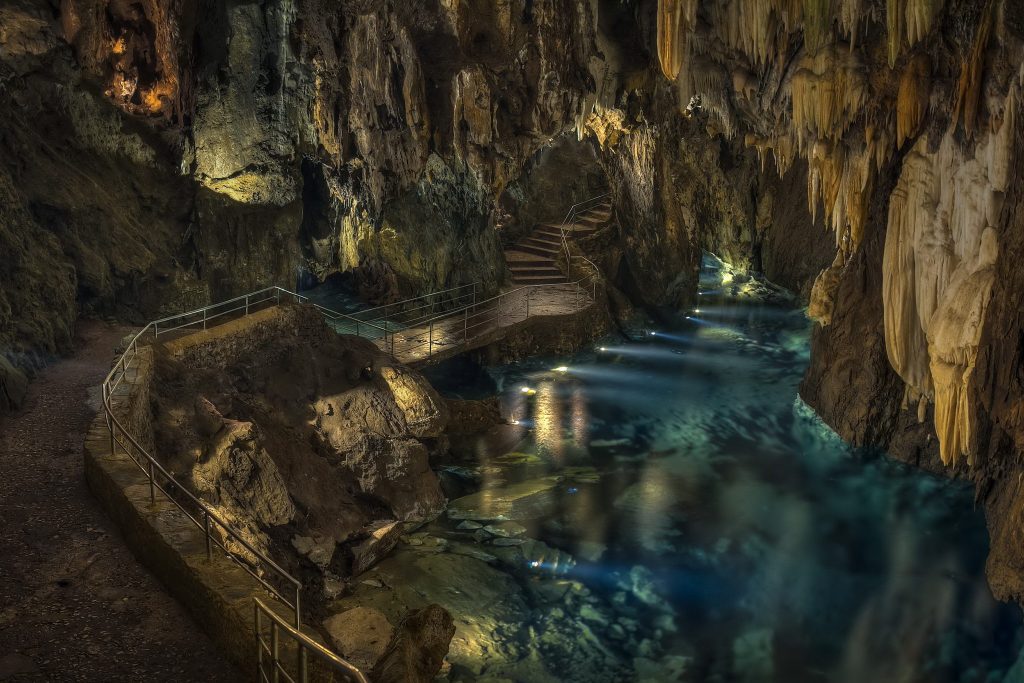 Are you thinking to rent a campervan in Spain? Andalusia has many opportunities to let you do a trip. There are many places to visit, for all kind of person and they all can let you surprised. But if this case you decide going away from beaches with many people, we give you ten places where you will be able to enjoy Andalusian geographic, and it hold fauna. They are natural parks. A natural park is a natural place with biologic and landscape characteristics and, because of this, the mean goal is to protect and guarantee its protection.

1. Cave of Wonders in Aracena 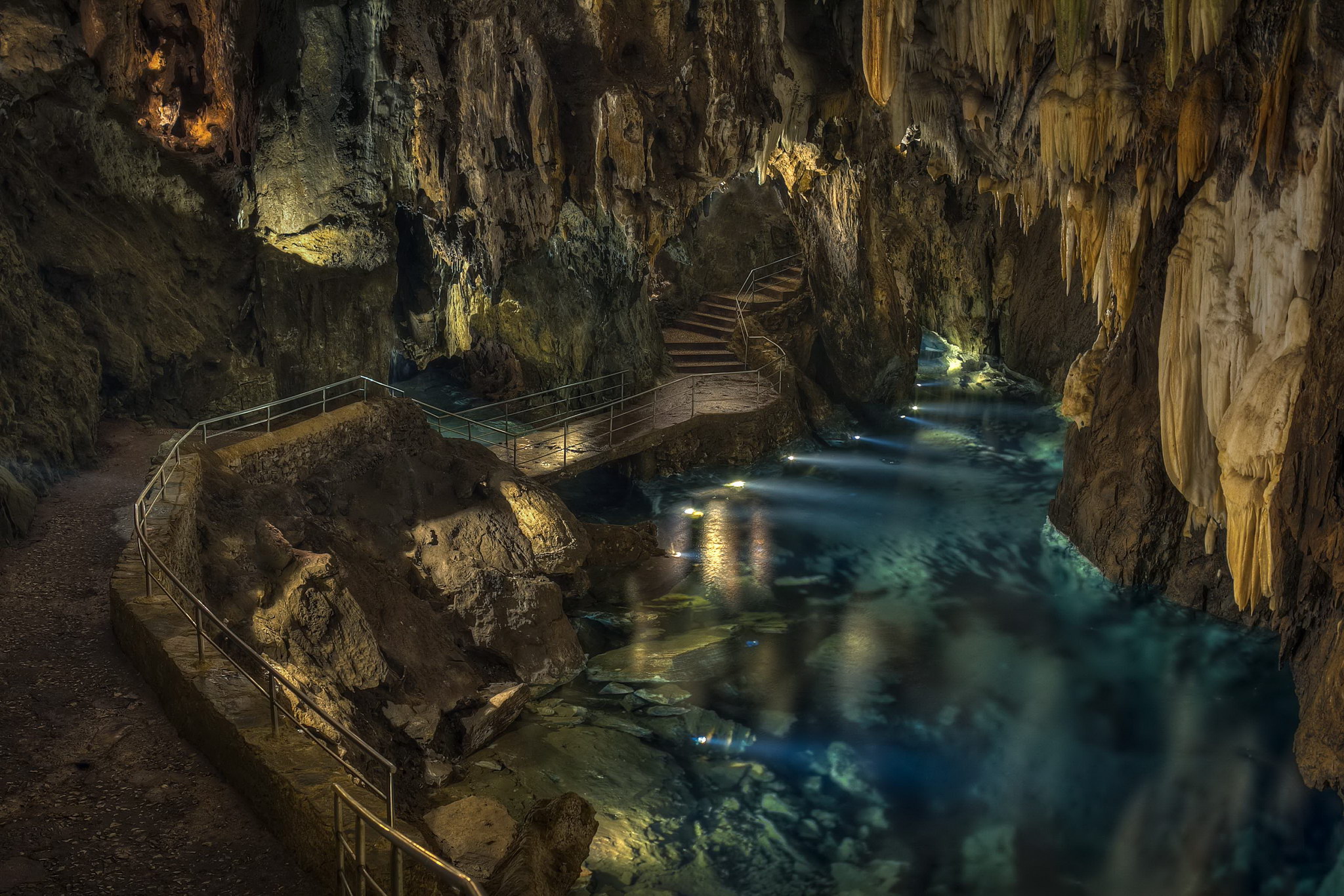 This cave is placed in Aracena, a little village in the north of Huelva Mountains. It is a cave made by the action of the waters on the limestone and the marble of the Cambrian age. It has many speleothems, some of them such amazing as blue and red aragonites, a wonderful place though for all nature lovers.
The visit in group is based on 12 halls in two different levels. It has a duration of an hour. There is a third level but it hasn’t got public access.
The legend tells that the cave was discovered by a shepherd who was looking for a lost sheep. The beauty of the place suggested him the name of “Pozo de la Nieve”. It means Snow well. Because of this, the place where it is placed has this name. 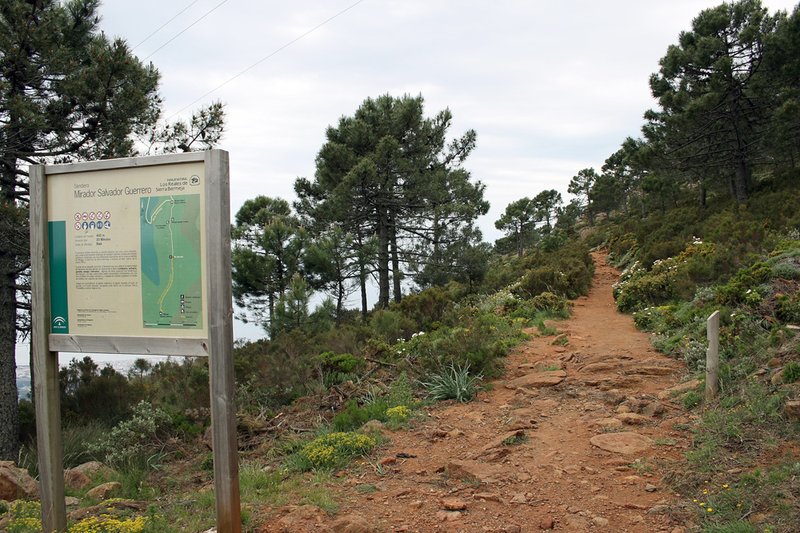 It is Natural spot placed in the villages of Estepona, Genalguacil y Casares. It stands out by having one of the big area of peridotites, a kind of volcanic origin rock. Pinsapo tree also stands out in the place. It is a type of fir tree that nowadays only is in mountains of Cadiz and Malaga.
Its fauna stands out too because it is the home of many mammals and birds of prey.
There are three possible path to do in the place: Los Realillos, Paseo de los Pinsapos and Salvador Guerrero. The routes give you an excellent landscape. In addition, if there aren’t clouds, you could even see Africa from one of its lookouts.

3. Doñana, between Huelva and Seville 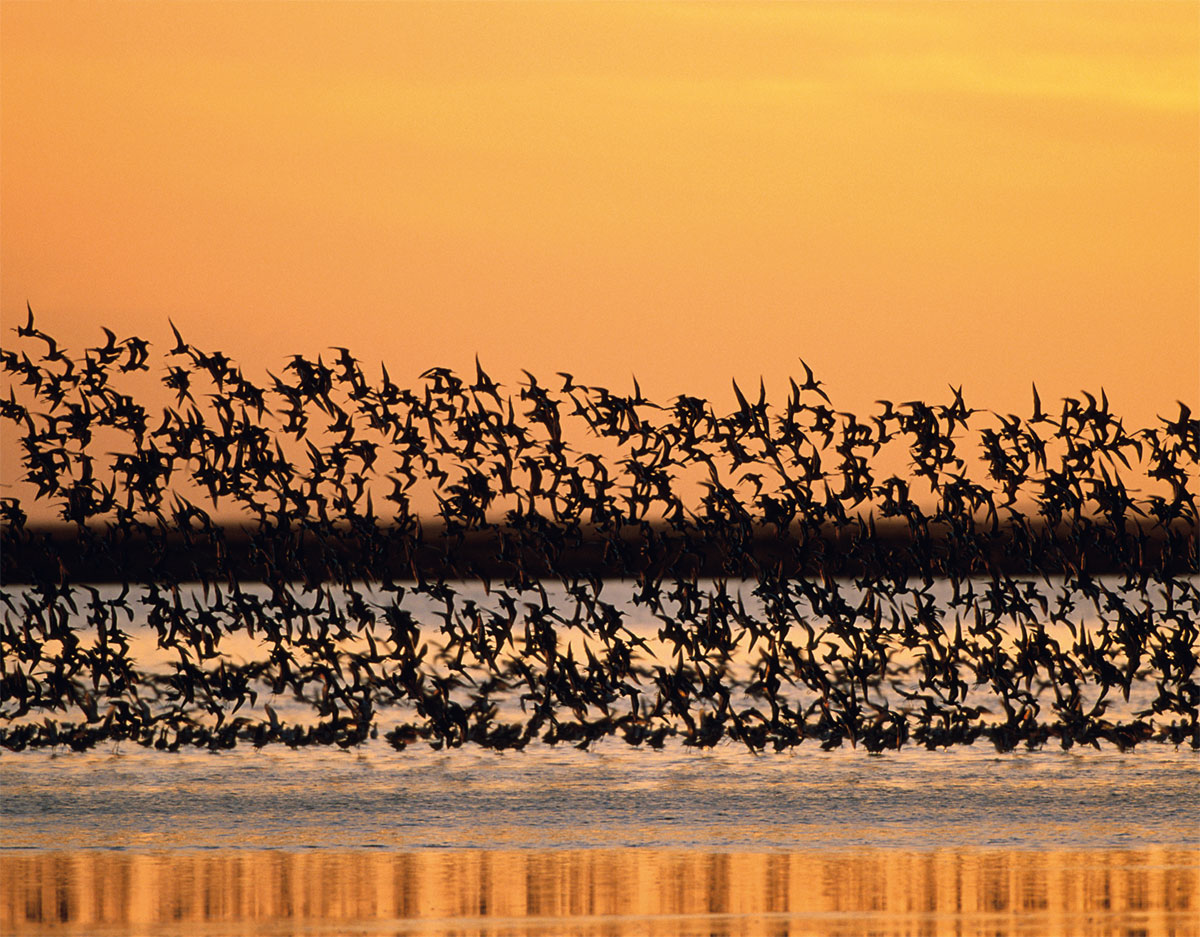 The big grassland contrasts with the rest of views that can have crossing the park. Suddenly you can see marshland, lakes, pine woods, dunes, beaches and amazing cliffs. A mean fact to stand out is being a cross zone of European and Asian birds. We can cross over the park by walking or choose a planned route in 4×4 or horse routes.
You cannot miss the Camino de la Raya Real in Coto del Rey, the Visits Center, the Laguna del Jaral path or the Cuesta de Maneli, which drives you to a virgin beach. 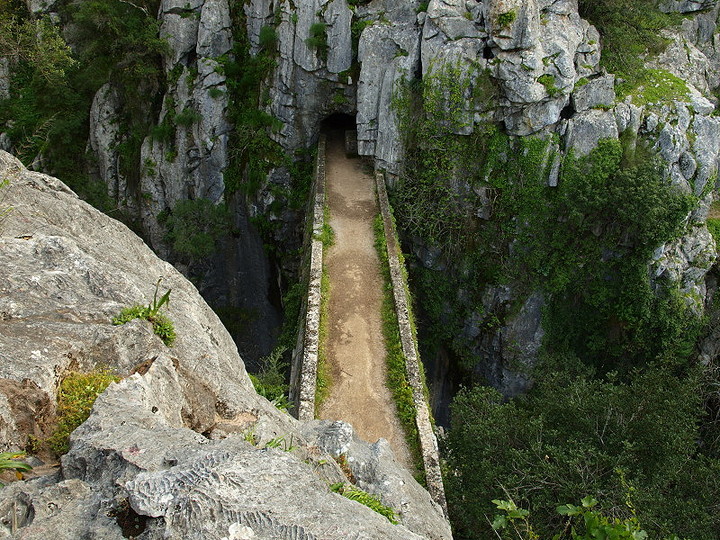 This Natural Monument is placed in the Grazalema Mountains and Ronda Mountain Range. It is a canyon made by the erosion of Guadiaro river on the limestone rock. Its name has its origin in the important colony of vulture that live there.
Other kind of animal that you can find are the zurita dove or the dipper. In addition, in its water lives the otter. 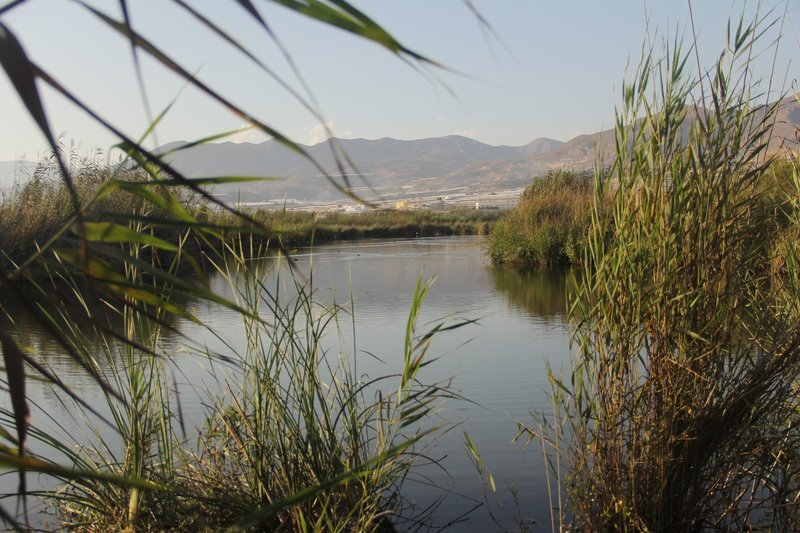 This Natural Reserve is placed between in the mouth of Adra river and the Llanos of Dalias. The place is formed by two lakes, the Albufera Honda and the Albufera Nueva. Its waters come from the sea, but overall from rain waters that come from La Estanquera and Las Adelfas precipices
It is a crossing point of many migratory birds between Europe and Africa.
It is worth the effort going to the center of Adra. There the Tower of Guainos, of XI century, the Church of Adra, the Castle or the walls that surrender the city stand out. These two last are legacy of Juana I. 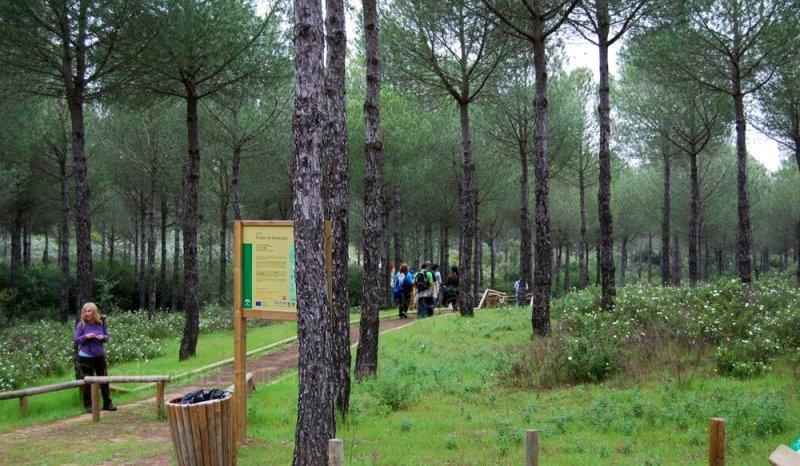 This Natural Monument is placed in the Grazalema Mountains and Ronda Mountain Range. It is a canyon made by the erosion of Guadiaro river on the limestone rock. Its name has its origin in the important colony of vulture that live there.
Other kind of animal that you can find are the zurita dove or the dipper. In addition, in its water lives the otter.

It is a protected and natural area placed in Andujar village, in the northwest of Jaen. It cannot be miss of nature parks in Andalusia. The park has a soil road which connects the visit center of Viñas de Peñallana, considered as the door the nature park with the Poblado of El Centenillo.
Like other natural parks, one of its bigger characteristics is its important list of animals, including some endangered as Iberian lynx or the wolf.
There are many activities to do as canyoning, mountain riding, horse activities, climbing, orientation, canoeing, hot-air balloon plane… 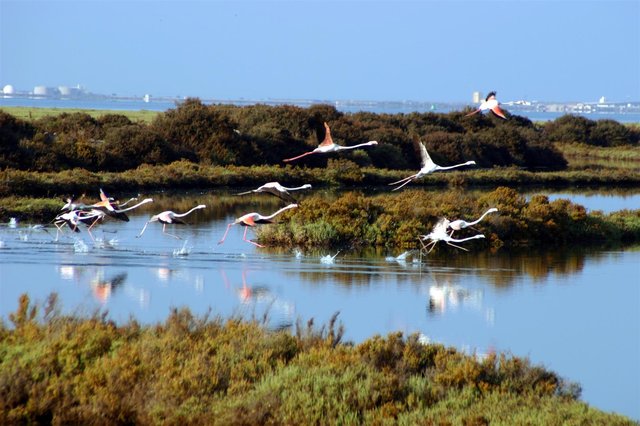 It is a protected space since 1989. It reaches Cadiz, San Fernando, Puerto Real, Chiclana and El Puerto de Santa Maria. They even preserve the marshland of Sancti Petri or the Trocadero Island.
One of the best options and more advisable is doing a nautical tour in Sancti Petri, whatever in canyon ion Sancti Petri, wherever canoeing or in sailboat.
One of the best activities in the place was the extraction of salt, although nowadays there are activities as shellfishing, fishing or aquaculture. 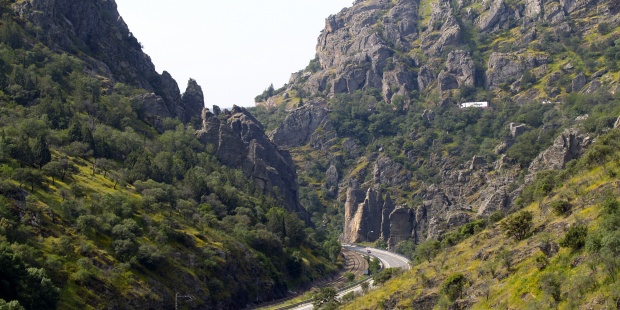 The natural park of Despeñaperros is based in a defile and nature area created by the erosion of Despeñaperros river. This natural pass conect the meseta with Andalusia.
The water action has created espectacular landscape as Los Organos, the Salto del Fraile or Las Correderas.
One of its attractions is the roman road which cross the wood.
It has importants paths as Cueva de los Muñecos, the Barranco de Valdeazores, la Campana,etc. All of them has different characteristics of the area. 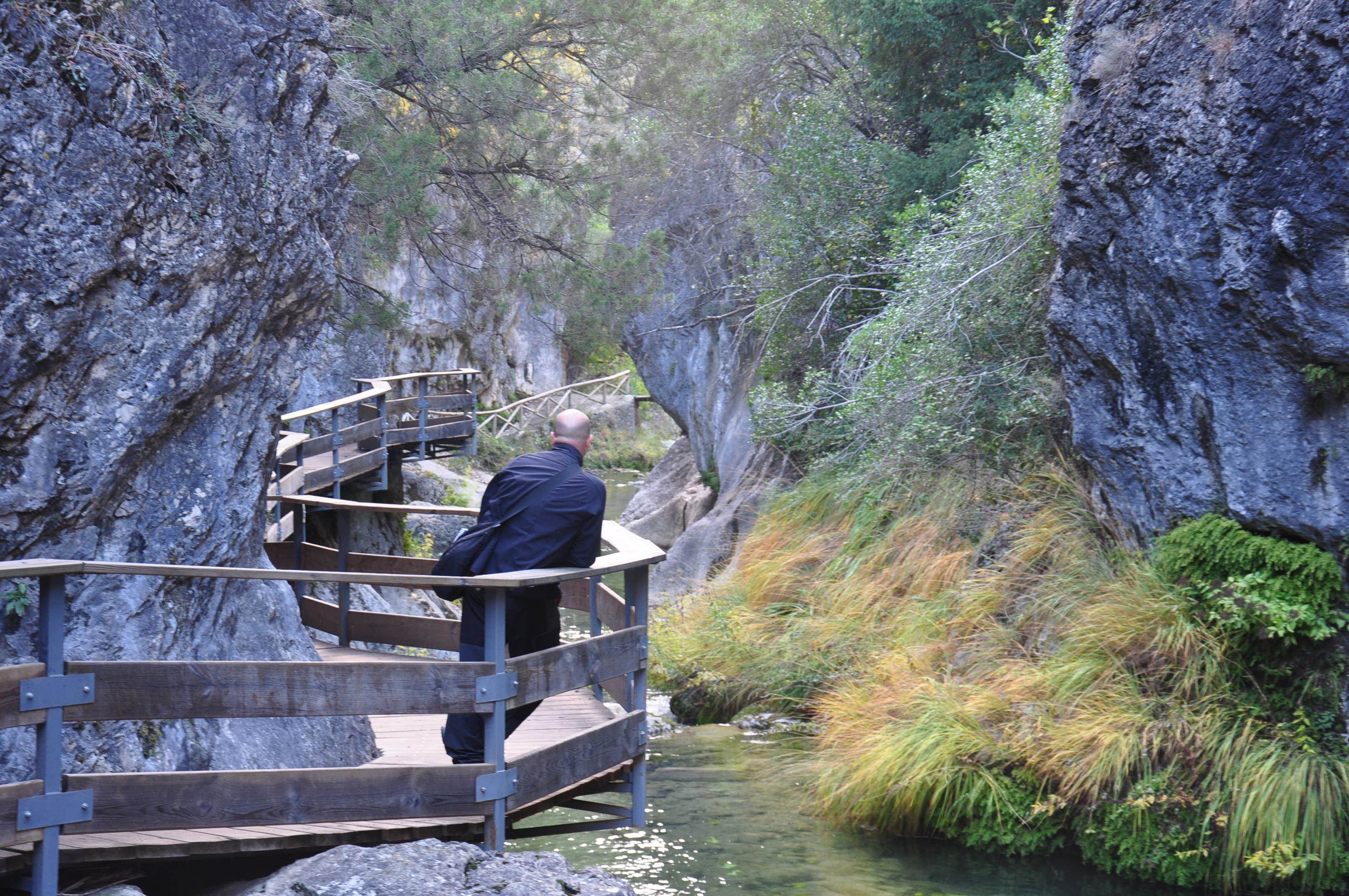 It is a natural area placed in the northwest of Jaén. It stands out for being the biggest protected area in Spain and the second one in Europe. It was declared Biosphere Reserve in 1983.
It stands out formations of rocks. Another important detail in the highest areas are the sinkhole. It means a hold of the land in a funnel way.
In another han, the park has an important historical legacy as the Camara Sepulcral of Toya, the monastery of Montesión or the Roman Villa of Bruñel.
A campervan road trip through Spain is perfect to be able to cross these places and continue feeling that you are at home. Without time, this kind of trip let us enjoy each day and each place. In addition, the most of places have zone specially thought for caravan near these parks. Can you imagine a better sunrise?